A Journey through History


Adjudged as one of the best islands in Asia, Cebu is blessed with glorious beaches, an underwater world all along its coast, and dive spots with great coral gardens and marine life that promises a thrilling diving experience.  Aside from these natural wonders, Cebu is also rich in local history and culture being the birthplace of Lapu-Lapu and the site of the famous “Battle of Mactan”.

Wanting to reacquaint ourselves with Filipino history and see the legendary places that we only read in our history books back in our school days, my friends and I decided to take the twin city tour of Cebu and Mactan.  We were in the Queen City of the South on official business and thought it would do us a lot of good to mix in some pleasure and adventure.  So off we went to see the sights that these cities are famous for. 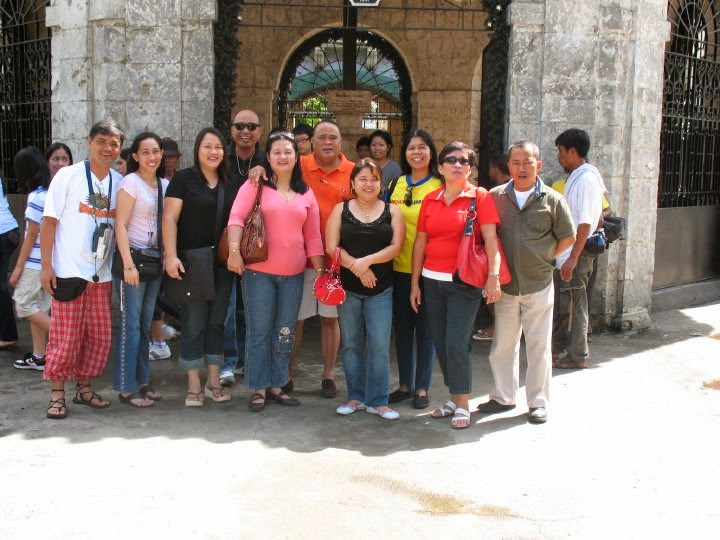 First stop was the Taoist Temple which was built by the Chinese community in 1972 and is the center of worship for Taoism.  Located in the posh Beverly Hills Subdivision in Cebu City, it is constructed in a highly ornate style of Chinese architecture and has a pagoda-style roof.  The temple includes a delightful replica of the Great Wall of China at the entrance, palace for oblation and sacrifice, altar for praying and offering, cubby for religious service, library and a souvenir shop.  Other noteworthy sights are the giant dragon statue and the wishing well.  It being 300 meters above sea level, we enjoyed the delightful view from the top where the whole city can be seen as well as the coastal area.  We also enjoyed a walk in its sprawling garden which is a great place for relaxation, meditation and some soul-searching.


After learning a bit about Chinese culture, off we went to see Magellan’s Cross, one of the prominent landmarks of Cebu City.  Erected by Ferdinand Magellan in 1952 to celebrate the baptism into Roman Catholic religion of the island’s inhabitants, it now stands at the center of a small chapel along Magallanes St., which is right across the Cebu City Hall.  Etched at its foot is a note that states that the original one is encased in the tindalo wood cross.  We learned that this is to protect it from visitors particularly the superstitious ones who want to have a piece of the wood, believing it would bring them good luck.  When we looked above us, we saw the impressive painting on the ceiling which depicts the story of Magellan's arrival in Cebu.  It was a beautiful piece of art. Perfect for picture taking and so our cameras went into frenzy!

When our thirst for photos was quenched, we proceeded to the Basilica Minore del Sto. Niño, the oldest Catholic Church in Cebu.  It has an architectural style that is a blend of Muslim, Romanesque and neo-classicism, with its facade perfectly preserved in its original stone texture.  Inside the church is a magnificent altar with the different patron saints.  There is also a small museum inside the Basilica that houses many of the church’s antique religious relics, statues, century-old furniture, priests’ garments and the old cloaks of the Sto. Niño. Also on display are toys which are said to be presents to the Holy Child Jesus from devotees.  Basking in the solemnity of the church, we lighted a candle and prayed for our intentions.

Having said our prayers, we headed off to the Plaza Independencia in the port area to see the history-rich Fort San Pedro, the smallest and oldest fort in the country.  It was built in 1565 as a military defence structure and served as the nucleus of the first Spanish settlement in the Philippines.  It was turned over to the Cebuanos by Commodore George Dewey after the “Battle of Manila Bay”, became an American Warwick Barracks during the American Regime, and was later converted into classrooms for Filipinos.  However, it was again used as an army camp during World War II when the Japanese invaded the country.  Now, it is one of the top tourist destinations in Cebu and houses the National Museum that showcases pictures of the old structure, the Fort San Pedro diggings and San Diego shipwreck.  Seeing the place, we can’t help but feel grateful for the sacrifices and hardships our forefathers endured fighting against the Spanish and Japanese forces so that we, the younger generations, would be able to enjoy the freedom that we are having at present.

Next destination was the equally historic Mactan Shrine, located in the boundary of Punta Engaño and Mactan in Lapu-Lapu City.  The landmark was erected to commemorate the heroism of Lapu-Lapu and the Filipinos who fought the Spanish invaders during the “Battle of Mactan”.  There are three monuments in the shrine and these are the Magellan Marker, Magellan Monument and Lapu-Lapu’s statue.  We read in Magellan’s Marker that it is the exact spot where Magellan fell dead in the hands of the chieftain Lapu-Lapu.  The shrine, with its beautiful landscaping, doubles as a plaza where tourists and locals alike can relax and unwind.

Still having ample time before dinner, we decided to have a brief stop at the world-class Plantation Bay.  It was quite an awesome resort.  From its opulent lobby to its lavish villas and majestic pools, the place oozes of class.  Our cameras went into frenzy again.  How we wished we had the time (and the money) so that we can stay there even for just a night and lap in luxury. All wishful thinking, of course.

The next day we flew back to Iloilo with the wonderful memories of our journey through history firmly etched in our minds and hearts.
Travel & Lifestyle