Pinay nurse to represent the country in Miss Scuba International 2015


Cindy Pacia Madduma, a registered nurse from Palawan, is handpicked by the Miss Scuba Philippines team to represent the country in the coming Miss Scuba International pageant on November 27 in Kota Kinabalu, Malaysia. 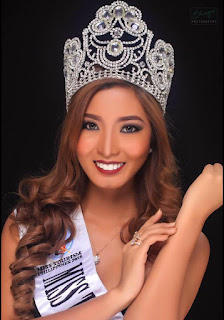 Madduma is a nursing graduate from Palawan State University and was working as a private nurse before she flew to Manila to try her hand at the beauty pageant world.
Through her hard-work and constant trainings, she won Miss Global Philippines 2014- Tourism Ambassador and she got to represent the country in the international pageant Miss Tourism World 2014 held in Caracas, Venezuela.

The 27-year old beauty queen will be flying to Kota Kinabalu, Malaysia next month to be able to have the privilege to vie for the crown during the 2-week international pageant, with a culminating pageant night on November 27.

The Miss Scuba International pageant, with its mission “Saving Oceans through Beauty,” started in 2011 and is founded by Robert Lo who is a strong believer in sustainable development within the realms of the marine environment.

Lo hopes that through this pageant, it will enable more people to understand how fragile the oceans are and how to make a big difference by protecting it. Thus, the pageant’s focus highly revolves around marine and ocean conservation.

The closest the country ever got to bringing home the crown was last 2013, wherein Miss Scuba Philippines 2013 Paula Bernasor won 1st Runner-up coming in second to winner Jaime Lee Faulkner from United Kingdom.

This year, the country hopes highly to bring the crown home. Will Cindy Madduma make the Philippines proud? Follow her journey towards vying for the Miss Scuba International 2015 crown.
News & Events