In just 40 seconds, 21-year old digital artist Vince Serrano aims to provide encouragement to emotionally-burdened people through the help of his animated digital video “Companion”, a story of a lonely boy who almost succumbed to the lure of death but received a second chance at life from a beacon of hope.

The young animator‘s short video bested 20 other entries in the “Hope in 40 Seconds” video competition launched in June by the Natasha Goulbourn Foundation (NGF), a non-profit organization dedicated to bringing depression to light. The awarding ceremonies were held on October 6 in observance of the National Mental Health Awareness Month. 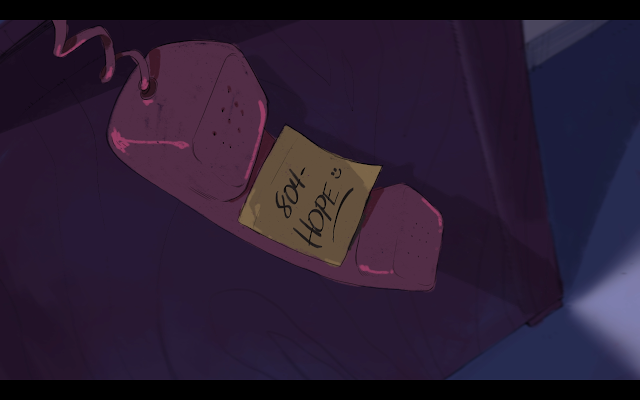 “Although I heard a lot of suicide cases when I was still in college, I didn’t put much thought on them until I decided to take on the challenge of doing an animation for NGF.  I had to research about mental health and that was when I realized that it is actually a hidden epidemic, a real issue which needs our attention.  This further inspired me to do my best so that in my own little way, I would be able to help other people,” Serrano said.

The competition encouraged those suffering from depression as well as their loved ones to seek guidance from HOPELINE, NGF’s free 24/7 suicide hotline which can be reached via the following numbers:  804-HOPE(4673), 0917-558HOPE(4673), and 2919 (toll free for TM and Globe).

“We received a number of exceptional submissions but Companion stood out among them with its very clear message of desperation and hope.  Through this video which will be distributed via social media and select Ayala Cinemas, we are confident that we can reach out to more people and provide proper intervention to those who need assistance,” said Jean Goulbourn, President of NGF.

At present, a life is lost to suicide every 40 seconds, making it the second leading cause of death among 15-29 year-olds globally, according to the World Health Organization.  To add, depression is the predominant cause of illness and disability for both boys and girls aged 10 to 19. 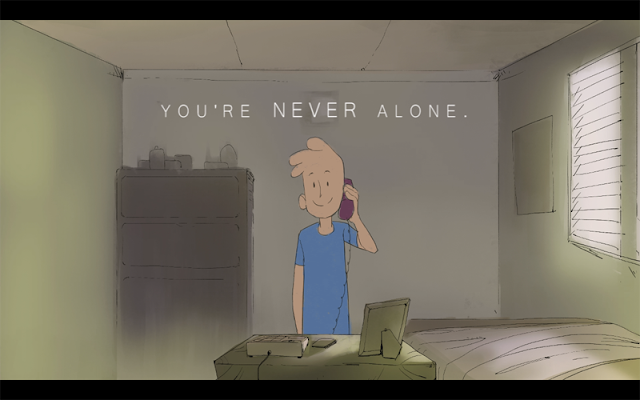 The campaign is being supported by leading telecommunications company Globe Telecom, the Department of Health, and the UP JMA, a university-wide student organization which adopted the campaign as an organization project called SPARK: The Movement to promote healthy lifestyle and to spread hope among the country’s youth.

“Globe is a long-time partner of NGF in providing the information and communications technology infrastructure for HOPELINE.  Being an ICT company, Globe also believes that it is its duty to protect and educate the people on the impact of technology.  Through the video, we hope that we can also prevent young people from taking their lives due to cyber bullying which causes a lot of pressure and stress,” said Fernando Esguerra, Globe Director for Citizenship. Globe currently runs the Digital Thumbprint Program workshops for students to guide them on responsible online behaviour and has also forged a partnership with the United Nations Children’s Fund (UNICEF) Philippines and the Ateneo Human Rights Center for the protection of children against online exploitation.

Companion not only bagged the grand prize, but was also the recipient of the People’s Choice Award.  Its closest competitors are Catch of Hope created by Chih-Chiang “Jason” Wei, and Heartless of Noel Manao.

Catch of Hope talks about the loss of what a young man believed to be everything to him, prompting him to jump from a bridge.  Seconds before his death, he gets caught by the unexpected.  On the other hand, Heartless is about the potential of a person to be emotionally whole again despite having been trapped in a dark corner of his mind.  It aims to encourage the path to self-discovery and recovery with the help of HOPELINE.