Korean Cultural Center in the Philippines is holding its annual Korean Film Festival in Iloilo on September 21 to 24 at SM City Iloilo Cinema.  The festival is one of the largest celebrations of Korean cinema in the country, with screenings of the greatest Korean films across the country.

The festival officially kicked off in Manila last September 7 with the screening of ‘How to Steal a Dog’ at SM Megamall, with KIM Seong Ho, director of the film, gracing the opening ceremony. KIM also had a series of Director’s talk at UP Film Institute (UPFI) on September 6 and Film Development Council of the Philippines (FDCP) on September 8.

The festival will run until October 15 and will be stopping by Cebu City on September 28 to October 1, Pampanga on October 5 to 8, and Cavite on October 12 to 15.

All films are with English subtitles. Admission is free on a first-come, first-served basis. For more information email info@koreanculture.ph or contact Korean Cultural Center at (02) 555-1711. 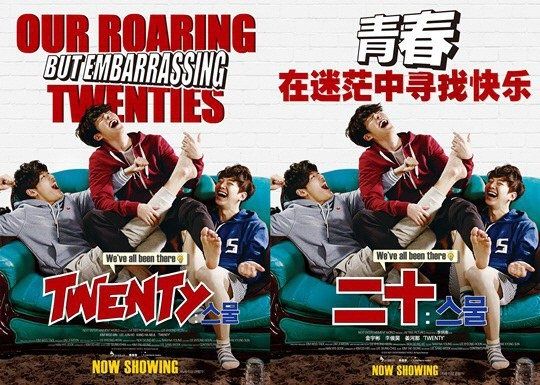 Twenty
Kyung-jae (Kang Ha-neul) and Dong-woo (Lee Junho) are best friends who've just graduated from high school and turned 20. Chi-ho is an unemployed playboy who prioritizes dating and chasing women. Kyung-jae is a goody-two-shoes university student whose goal is to get accepted at a corporate job.  Happy-go-lucky Dong-woo dreams of becoming a cartoonist but when his family goes bankrupt he is forced to become the breadwinner of the family and take on several part-time jobs. Twenty is a story of three friends in their 20s and must decide what to do with their life.

How to Steal a Dog
Ten-year-old Ji-so lives in pizza truck with her family. Her father suddenly disappeared after their pizza business went bankrupt. When she sees a missing dog poster with a $500 reward, Ji-so simply believes that that amount of money would be enough to buy her family a house. She hatches a plan with her friend Chae-rang to find a dog with a rich owner, steal it and return the dog by pretending to have found it to get a reward. Their target is Wolly, the dog of an old rich lady who owns the restaurant where Ji-so's mom works.

My Brilliant Life
Dae-soo (Kang Dong-won) and Mi-ra (Song Hye-kyo) were both seventeen-year-old teenagers when Mi-ra became pregnant. Their son Ah-reum was diagnosed with the extremely rare genetic disorder Progeria, which makes him age prematurely and rapidly. Ah-reum grows up as a 16-year-old boy, but with a body condition of an eighty-year-old man. Sensing that he doesn't have much time left, Ah-reum decides to write a story about how his young parents fell in love and how he came to be, hoping to give to them on his seventeenth birthday. 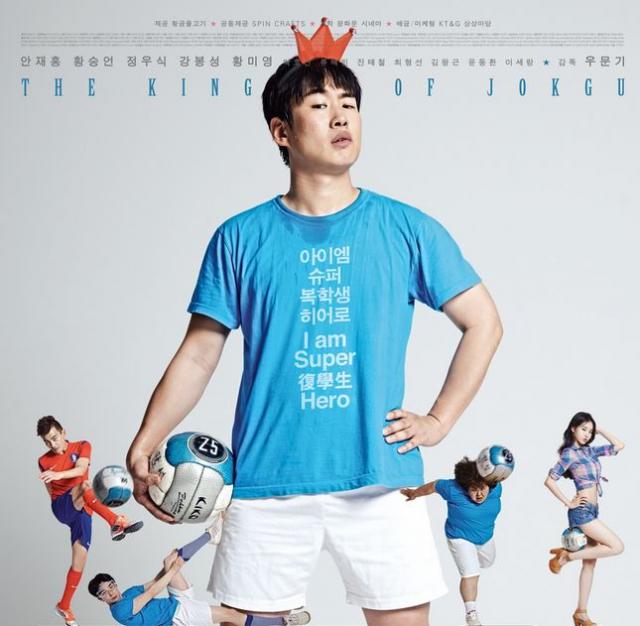 The King of Jokgu
Hong Man-Sub (Ahn Jae-Hong) is a 24-year-old college student majoring in food and nutrition. He is known to be the “King of Jokgu” (a Korean sport that shares elements of both football and volleyball) and is infamous for his unstoppable foot spike. On his return to university after military service, he discovers that the Jokgu court has been removed due to complaints from the Student Council. Man-Sub, along with his team of unlikely friends, decides to file a petition to the school President in order to get the court back.

Very Ordinary Couple
Lee Dong-hee (Lee Min-ki) and Jang Young (Kim Min-hee) work at the same bank. They are on an on-and-off relationship for three years before breaking up. Still working together in the same bank puts great pressure on the two, made worse by a scandalous confrontation between the former lovers during a company party. Though they end up screaming at each other, it’s vivid clear that they still have feelings for each other and decide to give their relationship another chance. However, they find that something between them has changed, and despite their best efforts to rekindle their relationship it seems like a happy ending might not be on the cards.