The City Government has allotted a whooping P25-million budget for the successful staging of Dinagyang 2020 by the Iloilo Festivals Foundation Inc. (IFFI). This was announced during the oathtaking ceremony of the foundation’s newly elected officials at Hotel del Rio recently.

Dubbed 'Perfect Vision', the upcoming Dinagyang 2020 marks the 52nd year of the festival. With the partnership of the new administration and IIFI, Dinagyang 2020 is assured to be an enhanced and 'leveled up' celebration.

“Let us help to make sure Dinagyang will be far better, hopefully with unity and cooperation,” Mayor Jerry Treñas stressed. 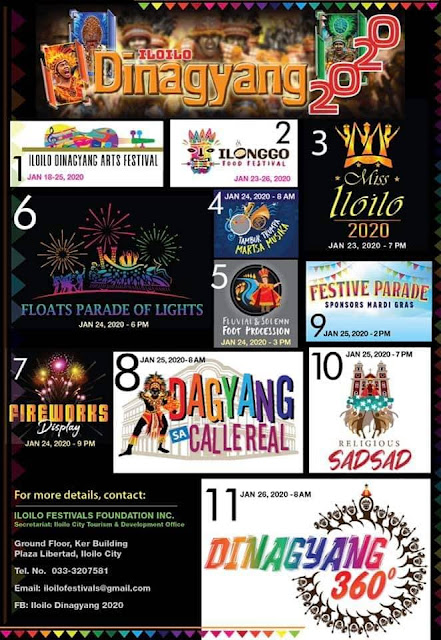 Atty. Jobert Peñaflorida, IIFI president, announced during the oathtaking that the grand champion will receive prizes totaling P5 million—P1 million in cash, P3 million worth of projects and another P1 million for registering as a participant of Dinagyang 2020.

Aside from the main event on January 26, 2020,  IFFI has also laid down plans to bring to the next level the biggest events in the metropolis.