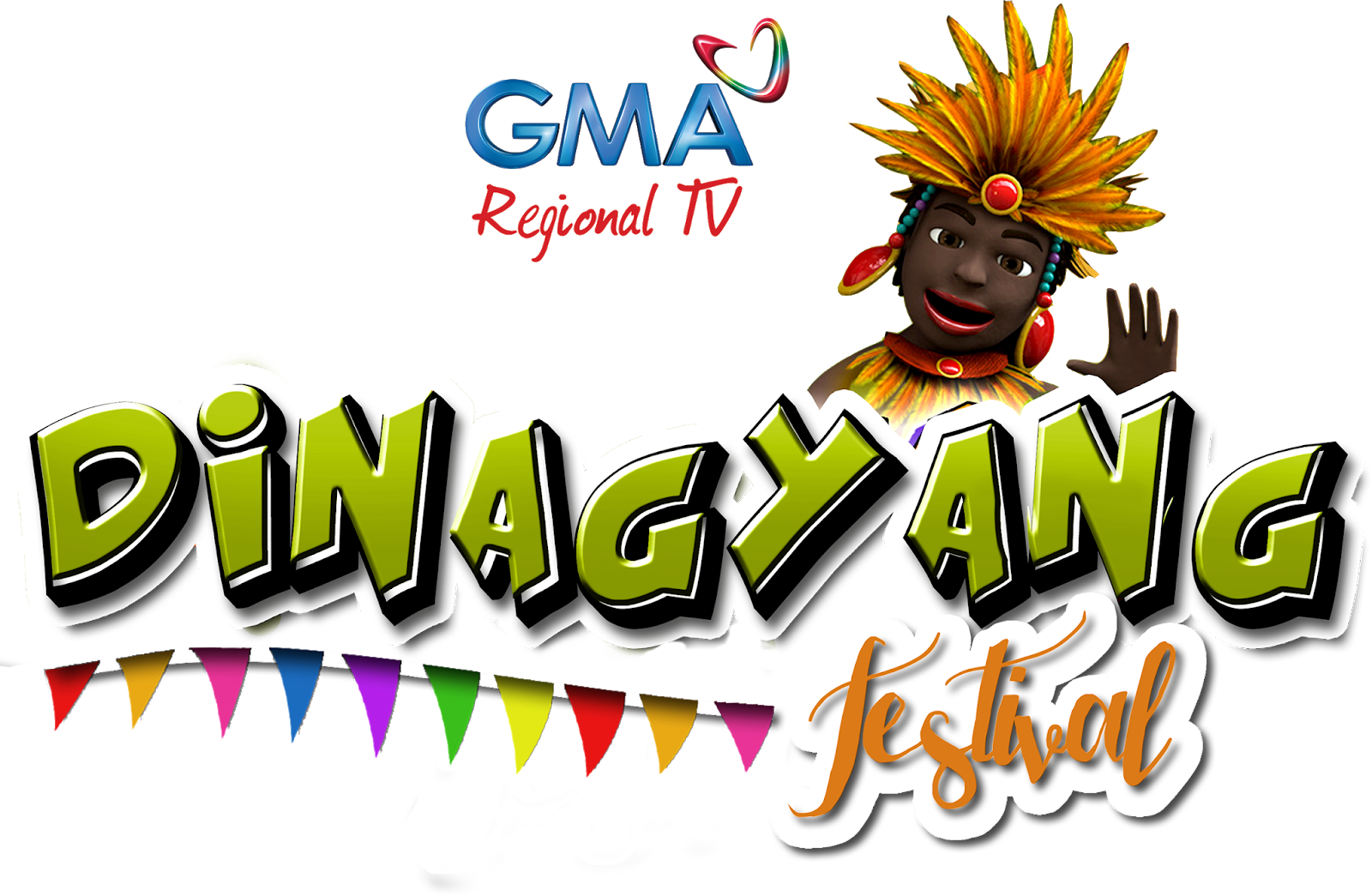 GMA Network, through GMA Regional TV, amps up this year’s celebration of Dinagyang Festival with no less than the cast of ‘Descendants of the Sun Philippine Adaptation’—led by Kapuso Primetime King Dingdong Dantes and Ultimate Star Jennylyn Mercado together with Rocco Nacino and Jasmine Curtis-Smith—gracing Iloilo City’s biggest and most colorful festival this weekend.

Kapuso all over the Philippines and the rest of the world will be able to join this colorful celebration via the “Hala Bira! The GMA Regional TV One Western Visayas Special Coverage” livestream from 8:00 a.m. onwards on GMA Regional TV's official website www.gmaregionaltv.com.

Later in the afternoon, the powerhouse cast of Descendants of the Sun (DOTS) Philippine Adaptation banners the Kapuso celebration of Dinagyang Festival with no less than Big Boss (Dingdong), Beauty (Jennylyn), Moira (Jasmine), and Wolf (Rocco) meeting their fans in two simultaneous Kapuso Mall Shows.

Dingdong and Jennylyn banner the cast in a Kapuso Mall Show at SM City Iloilo at 5 p.m. Reporting for duty with them are their co-stars Lucho Ayala, Prince Clemente, Jon Lucas, and Hailey Mendes.

Meanwhile, the tandem of Wolf and Moira is set to make hearts flutter as Rocco and Jasmin lead the DOTSph team at Robinsons Place Iloilo for a separate Kapuso Mall Show beginning 5 p.m. Sure to give their fans a great time, too, are Renz Fernandez, Andre Paras, Paul Salas, and Chariz Solomon.

Present as well during the Kapuso Mall Show at Robinsons Mall are Kyline Alcantara and Yasser Marta of the TV adaptation of the 1989 award-wining blockbuster movie, 'Bilangin ang Bituin sa Langit'.

“We are proud to bring with us a powerhouse line-up to this year’s Dinagyang Festival,” says GMA Regional TV Vice President and Head Oliver Amoroso. “As GMA Network celebrates its 70th anniversary, we want to express our utmost gratitude to all our loyal Kapuso in the regions for making us number one all over the Philippines. Like them, we are also excited for the launch of pioneering and innovative programs led by Descendants of the Sun Philippine Adaptation. We also look forward to ‘Anak ni Waray vs. Anak ni Biday’ and ‘Bilangin ang Bituin sa Langit’. At the same time, we congratulate Madrasta as it continues to keep us at the edge of our seats every afternoon. We also thank Kapuso Primetime King Dingdong Dantes and Ultimate Star Jennylyn Mercado and the rest of our Kapuso stars for joining us in celebrating Dinagyang Festival,” he ends.

Anak ni Waray vs. Anak ni Biday is the TV adaptation of the popular 1984 movie by Regal Films with the same title and brings together a remarkable cast led by Barbie and Kate together with Ms. Snooky Serna as Amy and Ms. Dina Bonnevie as Sussie. Joining them are Migo, Jay Manalo, Jean Saburit, Teresa Loyzaga, Faith da Silva, Tanya Montenegro, Benedict Cua and Ms. Celia Rodriguez. The series also features the special participation of Lovi Poe as young Sussie and Max Collins as young Amy who will be portraying the roles of Dina and Snooky, respectively, during their younger years for the pilot week. Joining them in the pilot week are Jason Abalos, Pinky Amador, Mike ‘Pekto’ Nacua, Yanna Asistio; and Franco Gray Nerona. Mark Sicat dela Cruz is at the helm of this exciting project which is set to premiere this Monday (January 27) after 24 Oras.

DOTS sees for the first time the onscreen love team of Dingdong as Captain Lucas Manalo or ‘Big Boss’ and Jennylyn as Dr. Maxine dela Cruz a.k.a. ‘Beauty’. Rocco and Jasmine, on the other hand, play the roles of Diego Ramos or ‘Wolf’ and Moira Defensor, respectively. Joining Jon, Paul, and Prince in the Soldiers Team are Ricardo Cepeda and Antonio Aquitania, while joining Renz, Andre, and Chariz in the Doctors and Nurses Team are Nicole Donesa, Jenzel Angeles, and Reese Tuazon. DOTS, which also stars Neil Ryan Sese, Ian Ignacio, Rich Asuncion, Marina Benipayo, and Roi Vinzon, is under the direction of esteemed director Dominic Zapata.

Airing since October 2019, the Afternoon Prime series Madrasta has introduced the Newest Gem of Drama Arra as Audrey, the optimistic nurse and responsible daughter who tried her luck abroad but got swindled instead by an illegal recruiter. This unfortunate event steered her into the life of Sean, played by Juancho, whose children she has nurtured as her own. Joining Juancho and Arra in the series is Thea Tolentino who plays Katharine, the ambitious and cunning ex-wife of Sean.

The TV adaptation of the 1989 award-winning blockbuster movie by Regal Films, ‘Bilangin ang Bituin sa Langit’, is top-billed by Superstar Nora Aunor in the iconic character of Cedes. The series also stars Ms. Mylene Dizon and Kyline as Magnolia Dela Cruz and Maggie. Joining them are Zoren Legaspi, Gabby Eigenmann, Ina Feleo, Yasser Marta, Divina Valencia, and Isabel Rivas. The series, which is set to air this February, is under the helm of critically-acclaimed director Laurice Guillen.
Entertainment News & Events 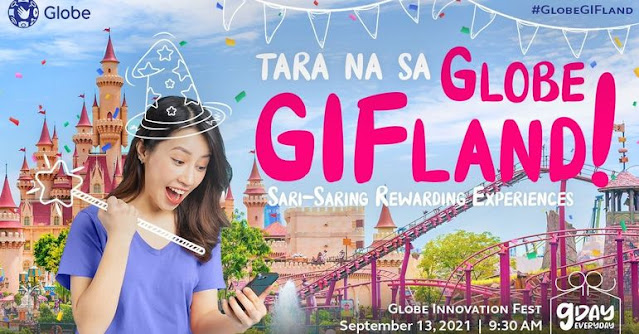 Amidst the ongoing global health crisis, Globe endeavors to bring joy to its customers via better connectivity and innovations that uplift the lives of the Filipino people. Through its annual 917 Day celebration, Globe continues to reinvent ways to share compassion and care, and provide customers with #SariSaringRewardingExperiences. GIFLand is a virtual amusement park featuring the new offerings, treats and activities that are in store for Globe customers, which they can access right at their fingertips. The festival highlights the many ways Globe values its customers, to play a more meaningful part in their everyday lives.  Issa Cabreira-Guevarra, Globe Chief Commercial Officer Chief Commercial Officer Issa Guevarra-Cabreira shared in the Globe Innovation Fest (GIF), “The core of what we do is to provide a richer, fuller, more rewarding experience to our customers. We continuously strive to deliver innovations across our products and services -- with our customers at front and center 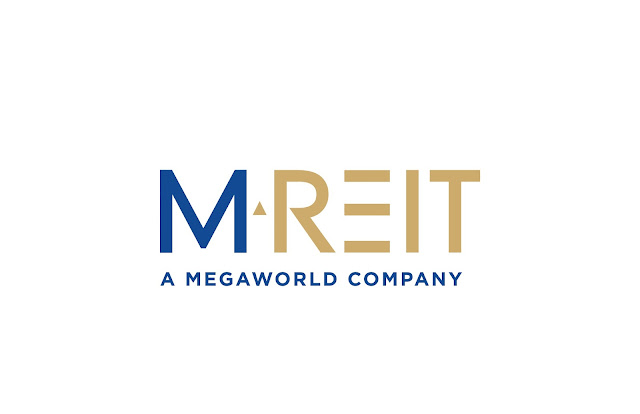 MREIT aims to be the Philippines' fastest growing REIT

Need to send money, buy prepaid load, or order food, but your GCash funds are running low? Now, it’s easier to cash in to your GCash account as the country’s undisputed no. 1 e-wallet app, expands its network of merchants to a total of 60,000 active cash in doors nationwide. To reach more Filipinos nationwide, GCash has recently partnered with 9 more leading brands to establish additional cash-in kiosks at these companies’ branches: ExpressPay, DA5, Panalo Express, SouthStar Drug, Robinsons Supermarket, Shopwise, The Marketplace, Robinsons Easymart, and No Brand. In addition, customers may conveniently cash in their GCash wallets through top outlets, such as SM, Palawan Pawnshop, Villarica Pawnshop, Ministop, Puregold, and Cebuana Lhuillier. “Our goal is to make Filipino lives better every day,” said Martha Sazon, GCash president and chief executive officer. “Our cash in outlets is one of the essential solutions that GCash offers consumers, especially during the pandemic With 70 percen