The recently launched Samsung Galaxy S20 Series, consisting of S20, S20+ and the new S20 Ultra, raises the bar higher with unmatched specs designed to challenge the limits of mobile photography and performance. 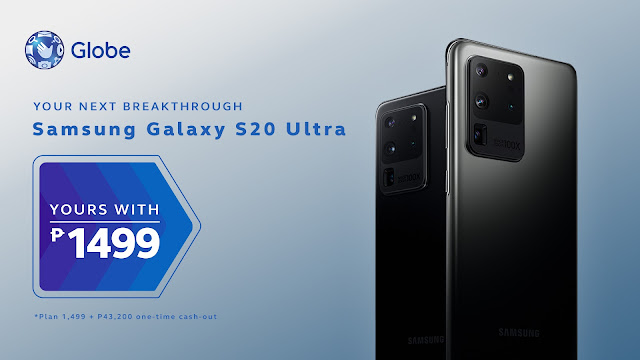 The beginning of the new decade also hails Samsung’s newest bold move in the rebirth of the foldable phone trend - the Samsung Galaxy Z Flip. The Z Flip improves on its predecessor, the Samsung Galaxy Fold’s foldable size for a better experience in device holding, and boasts a 6.7” full screen capability designed with Ultra Thin Glass technology.

Get ready to #OwnIt with Globe and the new Samsung S20 series and Samsung Galaxy Z Flip. Pre-order the Samsung S20 series with Globe’s ThePLAN 1499 via the Globe Online Shop (shop.globe.com.ph) until February 25, 2020. Postpaid and Platinum customers may also take home their own Samsung Galaxy Z Flip with ThePLAN 1799 and ThePLATINUM Plan 3799  via the Globe Online Shop or visiting the nearest Globe store.

Learn more about ThePLAN and ThePLATINUM plan offerings for the new Samsung S20 and Galaxy Z Flip series via globe.com.ph. Don’t forget to follow Globe on Facebook and Twitter for more updates.
Tech