Since it started its operations in 2010 here, The Medical City (TMC) Iloilo continues to become an industry leader as it introduces trailblazing programs and services which paved way for healthcare innovations and transformation in Western Visayas. 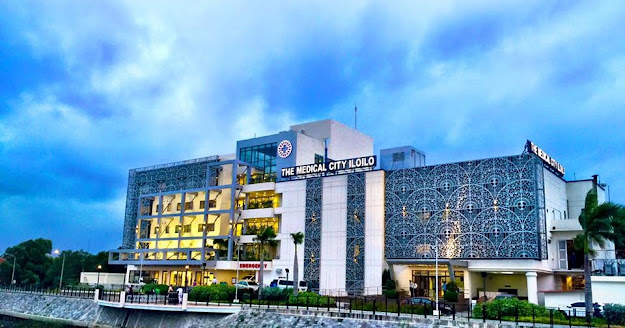 From being a humble healthcare institution rested beside the iconic Iloilo River, TMC Iloilo expanded and metamorphosed as the region’s healthcare sector trendsetter. From opening the first Cardiac Catheterization Laboratory in the region to introducing first of its kind services driven by the network’s pool of medical experts, TMC Iloilo continues to take the lead towards transformation.

These innovations were all made possible with the clear direction of a visionary leader who believes that transformation can happen through open communication and breaking down barriers.

A Beacon of Innovation and Transformation

Eugene Ramos joined TMC Iloilo in 2013 as the hospital’s Chief Executive Officer. Under his leadership, great transformations happened which fostered incredible outcomes and breakthrough innovations, turning TMC Iloilo into one of the top healthcare providers in the region.

With his exemplary leadership anchored with a clear vision, Dr. Ramos stepped up the game when he became TMC network’s President and CEO in 2018. As a beacon of transformation and innovation, he transformed the whole network’s culture bounded by hierarchical processes to a flat organization that encourages collaborations.

In the same way, the hospital’s network became even more compact as communication became open allowing developments and sharing of best practices easily implemented across other networks.

In effect of the change in culture, internal operations eventually improved and innovative ideas popped up leading to the development of new programs that set a trend both at the local and the national levels.

The Legacy of the New Age

The new age has now come to TMC with Dr. Ramos as the flag bearer who leads with a clear vision – to bring TMC Network to higher ground by breaking down silos to achieve desirable better outcomes.

For TMC Iloilo, the legacy that Dr. Ramos left to the new set of leaders with its Chief Executive Officer Dr. Felix Ray Villa on the forefront continues to prosper. The culture Dr. Ramos inculcated here serves as a guide for TMC Iloilo to achieve bigger feats in terms of healthcare innovations and transformations.

Forging partnerships with both private and public sectors, TMC Iloilo is one with Iloilo City’s vision of becoming a model city in terms of economic advancements. Having the same goal of making Iloilo City a known leader for various industry developments, TMC Iloilo and the Iloilo City government continues to transform the “City of Love” as the region’s innovation capital, specifically in healthcare.

Surely, the past has its own glory, but the future will unfold with the legacy of the new age.