Imbestigador celebrates 20 years with a special feature on Mike Enriquez

Imbestigador was born in 2000 to expose wrongdoings and hold guilty parties accountable.  Two decades later, it remains as a voice for those who demand and seek justice for various crimes.

The program continues to achieve milestones—becoming one of GMA Public Affairs' top-rating programs as well as having a strong traction in various social media platforms. Through the years, Imbestigador has become almost synonymous with one name and one man: Mike Enriquez. 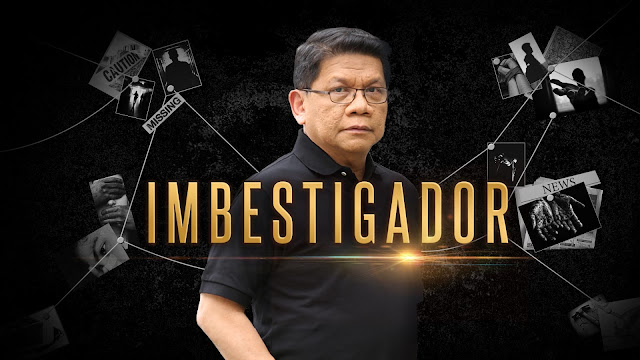 While the “Imbestigador ng Bayan” is happy that the public service program remains on top, he refuses to take credit for its success.

He rather gives the credit to the viewers whose continued support to the show propelled Imbestigador to be one of the most trusted public service programs in the country today.

On its 20th anniversary, Imbestigador proudly presents the story of no less than Mike Enriquez. Mike has been in the industry for close to 50 years, mostly as a radio talent. He has been a Kapuso for 25 years already.

Unknown to many, Mike is an accidental media personality who had no wish or intention to become a radio or television talent. But it seems destiny had other plans for him as he later went on to become one of the most popular and accomplished broadcast journalists in the country. In this special, Mike shares the highlights of his personal and professional life and how he has become a success story in the field of broadcasting.

For this one-off special episode, actor Rocco Nacino portrays Mike and will be supported by award-winning and seasoned artists Gina Alajar and Nonie Buencamino.