Globe endeavors to create a more inclusive world by connecting its customers and bringing them together with socially-relevant content.

In “Philippines in View”, the latest virtual conference held by the Asia Video Industry Association (AVIA), the webinar tackled the huge increase in production and consumption of LGBTQ+-friendly content in the country.

Globe Studios Head of Creative Development Kren Yap, one of the panelists during the “Social Change as Media Industry Driver” session, said that while the pandemic has caused mobility restrictions because of the lockdown, it has provided opportunities for the creative industry to develop and introduce new content. 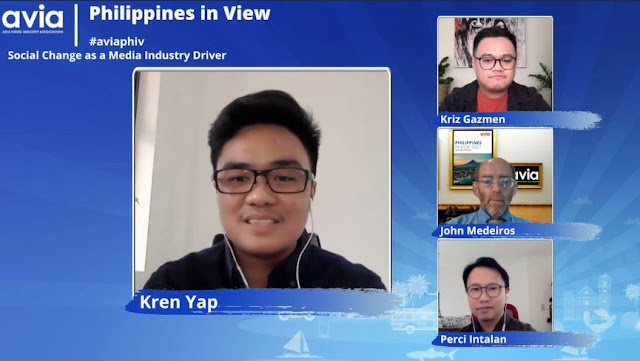 “Our current situation has definitely opened doors and windows for more stories to come out. It has widened the diversification of content we see on online platforms and hopefully soon on television also,” Yap said.

Yap shared that while it is risky to make content such as Boys Love and other LGBTQ+-centered stories in a predominantly Catholic country like the Philippines, Globe Studios still gambled on and created the BL series “Gaya sa Pelikula'' which premiered on YouTube last year.

“One thing that I am really happy about with all the BL series that we’ve produced, is to hear people realize that it's not taboo and it’s not so bad after all. We want to be able to change their perspectives and to enlighten them about the humanity behind our stories,” said Yap.

“We’d like to believe that we’re starting to make waves, not just for Globe Studios but for all the production studios in the Philippines. We have a lot of stories, series, and movies that are getting across in our neighboring countries in Southeast Asia and also beyond the neighboring countries,” Yap said.

Yap also shared that while societal changes drive the content industry, producers still play a vital role in shaping the media landscape. “It starts from us as producers to not back down in producing and telling stories.  Monetization is always the problem but it's a good challenge. We should always find creative ways to make things possible,” Yap added.

Globe Studios is the entertainment production studio and a division of Globe.