WiFi 6 technology has been gaining popularity among gamers and streamers in the Philippines. No doubt it has become a new standard for WiFi home set-ups with its capability to strengthen internet signal and reduce latency.

This next-generation WiFi technology is now accessible to Filipinos, especially among the rising e-sports communities, as PLDT Home offers the best WiFi 6 router in the country – the ASUS ROG Rapture GT-AX11000. 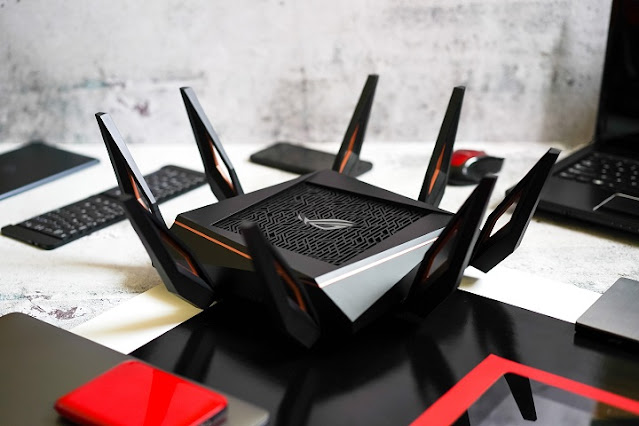 PLDT Home Fibr enables gamers to enjoy faster and better gaming experience as it delivers speeds of up to 1Gbps that allow equal upload and download speeds, best for multi-player and bandwidth-intensive online activities.

Aside from speeds, PLDT Home also gives gamers a levelled-up experience with its WiFi 6 gaming router. The ASUS ROG Rapture GT-AX11000 is known as “the beast of WiFi 6 gaming  routers” as it boasts of the most powerful router features for gamers such as the AiMesh Technology that ensures “whole home WiFi coverage” and WTFast Gaming Network Technology that optimizes connectivity for ultra-fast speeds.

Using a world-class smart technology, the WTFast Gaming Network enables devices to automatically select the fastest network traffic route, which is beneficial for those using their wireless internet for gaming as this enables triple-level game acceleration with reduced latency, lower ping, and fewer lost data packets.

This gaming-grade router also has superb security features. The ASUS ROG Rapture GT-AX11000 boasts of AiProtection Pro and Parental Control features that secure users from malware and internet-based threats even before they connect to their network.

As one of the best gaming routers in the world, the ASUS ROG Rapture GT-AX11000 is indeed a battle-ready gaming router featuring a 1.8GHz Quad-Core and 2.5GBase-T port for ultimate game performance. It also uses tri-band networking that lets users dedicate a 5GHZ band to gaming only, avoiding multiple devices at home to compete for bandwidth.

Using a dynamic frequency selection (DFS), this WiFi 6 router can also provide more bandwidth for multiple devices as it can unlock 15 channels in the least-congested 5GHZ bands. With the ASUS ROG Rapture GT-AX11000, users can increase their WiFi efficiency as it can accommodate up to 70 devices at the same time, without interrupting the internet speeds from the router.

PLDT Home subscribers can conveniently get their own ASUS ROG Rapture GT-AX11000 for as low as P1,349/month for 24 months by adding it on top of their internet subscription.

Now you can win faster and stream games better with a WiFi 6 gaming router from PLDT Home. Visit this link to know more.