A butterfly garden and koi pond will be constructed as added attractions at the La Paz plaza as the Iloilo City government got backing from private partners to fund the plaza makeover. 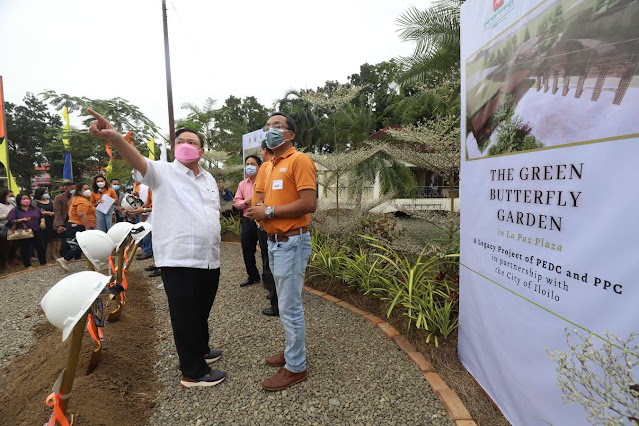 GBP through its subsidiaries Panay Energy Development Corporation (PEDC) and Panay Power Corporation (PPC), both based in La Paz, sealed a partnership with City Hall for the enhancement of portions of the 2-hectare plaza, the city’s largest park and among the most visited recreational places.

The power firms financed P15-million for the transformation of the existing pond into a “Blue Koi Lagoon” and establishment of a “Green Butterfly Garden,” a brainchild of Mrs. Rosalie Treñas.

The improvement of the widely renowned park is intended to promote La Paz plaza, currently famous for sports, as a cultural and tourism spot. The plaza is located within GBP’s two adopted barangays, Divinagracia and Lopez Jaena Norte.

GBP also turned over Dungon seedlings to aid in propagating the mangrove species within the area. This donation aims to increase the population of the tropical wetland tree, significantly contributing to the overall restoration of various waterways and rivers traversing the city.

Treñas thanks GBP for more Public Private Partnership (PPP) initiatives for the benefit of the Ilonggos.

GBP, a wholly owned subsidiary of Meralco PowerGen (MGen), and member of One Meralco Group, is one in powering the good life of the Filipino through meaningful partnerships with the government that aim to make significant impact and lasting value for the community.