Celebrate Women’s Month with these inspiring ladies of style and substance! Watch ‘em all only on HBO GO, powered by PLDT Home!

From Effie White with her amazing voice and personality that arrested everyone in the room in Dream Girls (2006) to Imperator Furiosa with her willingness to put her life on the line to free the Five Wives in Mad Max: Fury Road (2015), aren’t we all glad to have strong female role models across pop culture to inspire young ladies growing up?

With more women at the helm of productions in recent years, more of these girl power-focused tropes have come to life — with their stories of individuality, resilience, strength, and womanhood front and center.

HBO GO celebrates Women’s Month by spotlighting some of these heroines and their inspiring journeys. From Gossip Girl’s misunderstood queen bee to Batwoman’s self-effacing medic, meet strong, relatable women and discover their stories only on HBO GO — powered by PLDT Home’s fastest connections. For only P149 a month or P299 for three months, access HBO GO’s library of award-winning series and blockbusters conveniently charged to your monthly bill!

Get to know and maybe learn a few life lessons along the way from these female icons. Warning: Spoilers ahead!

She’s as moneyed as an Upper East Sider as she’s influential as an Instagram celeb. With her shaved head and supermodel bod, Julien (Jordan Alexander) rocks as the new Queen Bee of Constance in this Gossip Girl reboot. 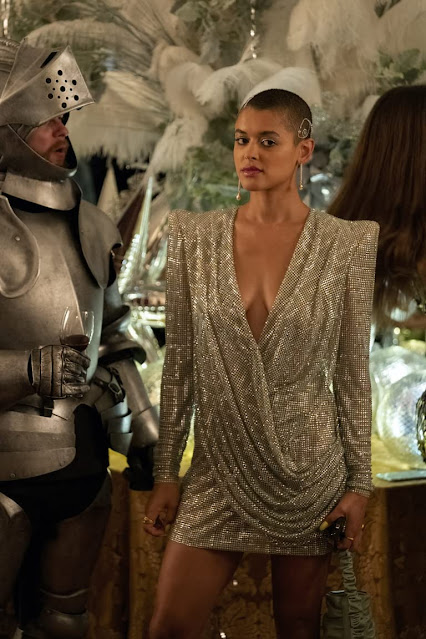 Make no mistake, though: While usually nice, JC uses her Serena van der Woodsen-esque charm and Blair Waldorf-trademarked sense of authority to her advantage. In the recently concluded first season, she shows off a backbone of steel — defying her father’s wishes to connect with her half-sister Zoya and then confronting him about his sexual abuse allegations. In contrast to the OG GG queens though, Julien exhibits more accountability. In one episode, right at Zoya’s birthday party, she realizes she has gone too far in bullying her sister that she asks everyone in the crowd to record her unexpected “I’m a bully” admission.

As the overdue follow-up series to the iconic Sex and the City, And Just Like That… proves that women can hold their own — no matter the decade or phase in life. 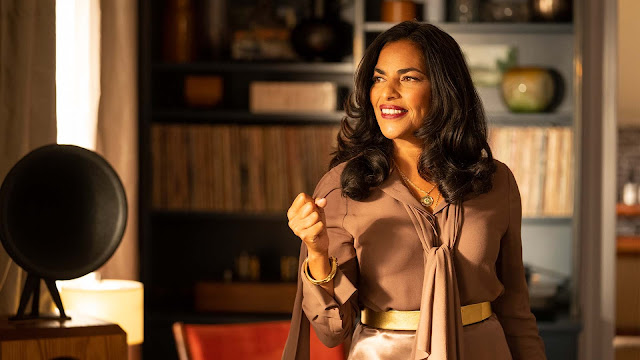 The show may have its original leads in Carrie, Miranda, and Charlotte, but no one translates this message more than 50-something realtor Seema (Sarita Choudhury). A new addition to the series, Seema is a breath of fresh air — playing a major role in showing the recently-widowed Carrie that there is still more to life after Mr. Big’s death. She even helps her find a new apartment! Unabashed and opinionated, Seema points out Carrie’s mistakes including this one insensitive — albeit unintentional — remark on her love life and age.

Stream And Just Like That… now on HBO GO.

Trauma affects people in different ways — Angela (Zoë Kravitz), a sexual assault victim too scarred to step out of her Seattle loft, knows.

Angela works from home as a data monitor for Amygdala, a tech firm whose products include a smart speaker that uses human monitoring to improve its search algorithm called Kimi (think Amazon’s Alexa). It’s the perfect job for her until she hears a terrifying voice recording that has her suspect someone is being assaulted. 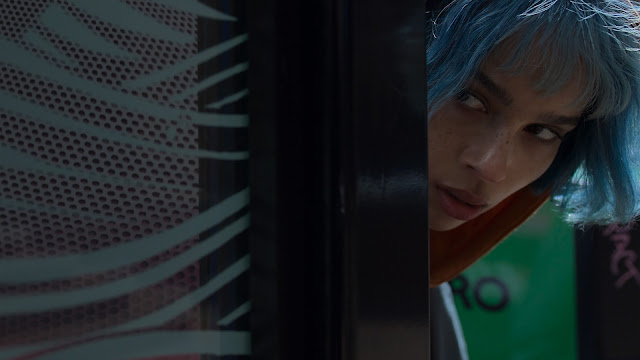 Angela reports the incident to her superiors, but none believe her — an experience she knows too well after being disbelieved for her own assault. In this new scenario, she finally musters the courage to check out what’s beyond her front door and gather enough evidence to make a case. Even as she discovers that the higher-ups at work are involved, there is no stopping her.

Jane (Gugu Mbatha-Raw), after suffering from a traumatic stillbirth, ran away to escape her pain by renting a gorgeous home in One Folgate Street owned by an eccentric architect, Edward (David Oyelowo). 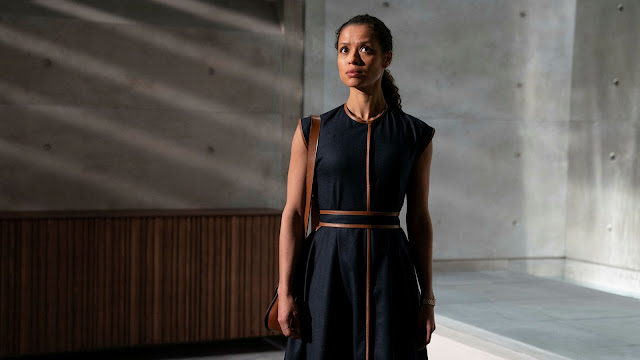 Despite red flags (strict rules, cameras everywhere, no personal possessions inside), Jane decides this is the perfect place for her to heal. She even develops a romantic relationship with Edward but everything changes upon learning about Emma, the previous tenant who has more than a passing resemblance to her had mysteriously died. Feeling a connection and wanting to find answers, a suspicious, justice-seeking Jane is led down a dangerous rabbit hole.

Stream The Girl Before now on HBO GO.

Feeling extremely guilty after losing her family in a theater shooting, sole survivor Edee Holzer (Robin Wright) physically isolates herself in the mountains of Alberta, Canada. It’s as if Edee came to the mountains to die, as she leans on her pain and lives off-grid with no survival know-how. 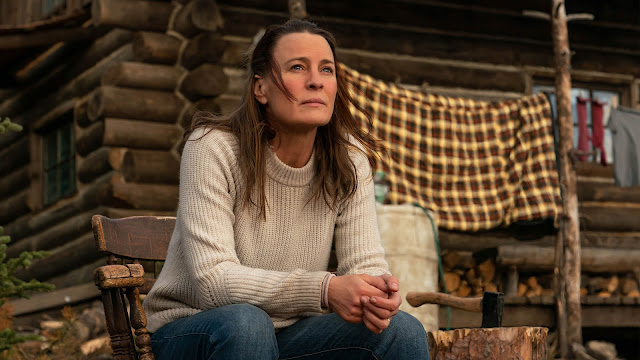 After a bad snowstorm destroys her new home, she meets Miguel (Demián Bichir), a hunter who teaches her how to hunt and rebuild her home. Edee finds solace in her new friend, who also lost his family. Edee finally lets herself grieve for her own loss as she navigates her way back to the life she had left.

In the dark city of Gotham City, the Batwomen— Ryan Wilder and Kate Kane — are fighting with its villains. On the other side of the coin is the cheerful Dr. Hamilton (Nicole Kang), who has hers anchored on nursing. She supports Kate upon learning of the latter’s identity as the female caped crusader. 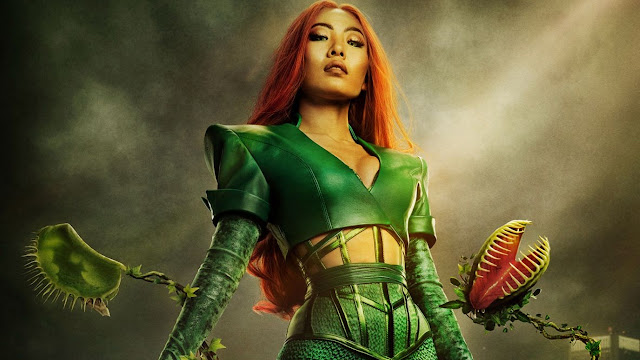 Despite numerous setbacks, including becoming Poison Ivy and turning on her friends, Mary proves that  strong women can do what’s right to help others. In an episode, Mary stops supervillain Alice from blowing up the Gotham Dam and saves thousands in the city.

Watch, discover, and be inspired by stories of strong female icons only on HBO GO, powered by PLDT Home’s fastest connections. Enjoy HBO’s collection of award-winning content with the undisputed fastest broadband network in the Philippines, as recognized at the Ookla Speedtest Awards.

For more information on how to enjoy HBO GO with your PLDT Home subscription, please visit the official website at pldthome.com/hbogo.

Elevate Your Drive: The 2022 MG HS Hits the Roads in the Philippines

• The new MG HS SUV enters the local market in March 2022, and is the newest MG model to join MG Philippines' growing stable of global, British heritage MG vehicles • The new 2022 MG HS SUV combines dynamic styling, spirited performance, and premium features that place it in a class of its own • The new MG HS SUV comes equipped with MG Philippines' host of standard aftersales complements including a 5-year or I 00,000km warranty, MG roadside assistance, readily available technical support, and more  • Until April 30, 2022, the new 2022 MG HS SUV will be available at an introductory cash price of as low as only Php 1,158,888.00   MG Philippines has announced the arrival of the first model to headline the brand's aggressive 2022 product launch calendar—the exciting and dynamic MG HS SUV. The MG HS is the latest global MG model to join MG Philippine's growing stable of vehicles, offering discerning motorists a modern, feature-laden, safe, and value-rich SUV, steepe

Thanks to GMA Network’s hit morning TV show Unang Hirit (UH), a viewer’s dream has come true: a brand-new house for her parents and siblings. Engie Federis, a 23-year-old student who works as a house helper in Pasig, won the house in Unang Hirit’s “Bagong Buhay, Bagong Bahay” contest promo.  Now, Engie’s family can move out of the pig pen they’ve been living in for sixteen months, after their home in Antolon, Caramoan was destroyed by Typhoon Rolly in late 2020. PIG PEN Typhoon Rolly was the strongest typhoon that hit the country in 2020. More than two million Filipinos were affected, including the Federis family whose home was severely ravaged. Desperate and nowhere to go, they had found shelter in their pig pen, the only nearby structure that withstood the wrath of Typhoon Rolly. The pigs’ toilet became their kitchen and the pigs’ bathing area was converted to their dining area. They sleep where the pigs used to sleep. Their livelihood of coconut farming and planting vegetables did n