Thanks to GMA Network’s hit morning TV show Unang Hirit (UH), a viewer’s dream has come true: a brand-new house for her parents and siblings.

Engie Federis, a 23-year-old student who works as a house helper in Pasig, won the house in Unang Hirit’s “Bagong Buhay, Bagong Bahay” contest promo.  Now, Engie’s family can move out of the pig pen they’ve been living in for sixteen months, after their home in Antolon, Caramoan was destroyed by Typhoon Rolly in late 2020.

Typhoon Rolly was the strongest typhoon that hit the country in 2020. More than two million Filipinos were affected, including the Federis family whose home was severely ravaged.

Desperate and nowhere to go, they had found shelter in their pig pen, the only nearby structure that withstood the wrath of Typhoon Rolly. The pigs’ toilet became their kitchen and the pigs’ bathing area was converted to their dining area. They sleep where the pigs used to sleep.

Their livelihood of coconut farming and planting vegetables did not generate enough income for them to move to another house. Engie’s mother, Lilibeth Federis, has been hoping that someday they would have a house of their own, especially because mosquitoes and the overall unsanitary state of the pig corral were making her worry about her family’s health. 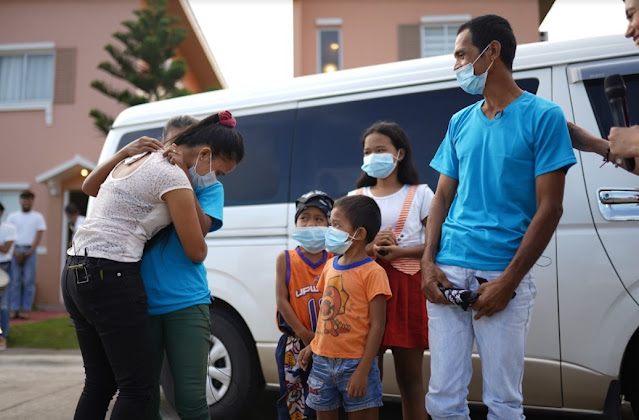 The Federis family was told that they were only among the contest finalists and that they will be interviewed for a profile segment that morning.

Unknown to them, they would be in for a life-changing surprise.

Unang Hirit secretly brought their daughter Engie from Manila to Bicol to surprise the family. They have not seen each other since 2019 so when Engie appeared, a tearful reunion ensued.

Then came the bigger surprise – Suzi and Mariz announced that they were not just finalist, but the actual winners of the brand-new house and lot from Camella Homes! 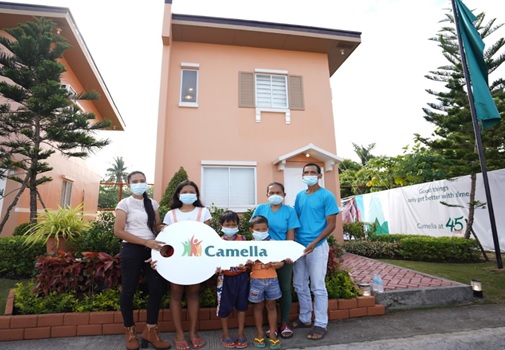 This is the third time that UH has given away a brand-new house for its “Bagong Buhay, Bagong Bahay” promo.

Since the show opened the contest for this batch last December 2021, thousands of entries were sent in, among them stories about challenges that families faced after surviving disasters including typhoons, floods, fires; each of these was thoroughly read and evaluated by the UH team.