Cebu Pacific has used green fuel to power its brand-new Airbus A33NEO on its delivery flight from Airbus facilities in Toulouse, France, to the Ninoy Aquino International Airport (NAIA) in Manila, becoming the first low-cost carrier in Asia to incorporate sustainable aviation fuel (SAF) into its operations.

The historic flight, with the Airbus330neo aircraft, departed Toulouse, France and was powered by a blended mixture of SAF and conventional fuel, before arriving on May 20 at the NAIA. 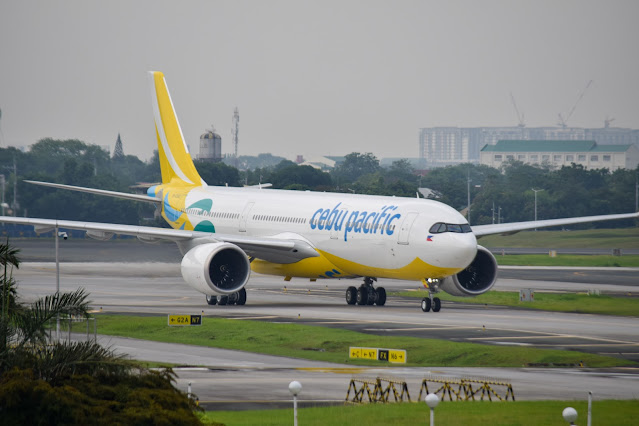 The new aircraft is CEB’s third A330neo and is the greenest aircraft in the industry given its fuel efficiency and carrying capacity. CEB’s A330neo is configured with 459 seats in a single-class layout and is fuel efficient, achieving 25% less fuel burn than previous-generation aircraft.

CEB intends to use SAF for the delivery of two more A33neo aircraft later this year.

“This move to use SAF is a pillar of Cebu Pacific’s sustainable journey. SAF will be used for aircraft delivery and is a major component of our fleet modernization. This strengthens our drive to achieve our green goal of being carbon neutral by 2050,” said Alex Reyes, Chief Strategy Officer at Cebu Pacific.

SAF is a “drop-in” replacement for fossil fuels, produced from renewable resources. The use of SAF results in an up to 85% reduction in carbon emissions across the SAF lifecycle. The chemical and physical characteristics of SAF are almost identical to those of conventional jet fuel and these can be safely mixed with regular jet fuel to varying degrees. SAF does not require any adaptations to the aircraft or engines, and does not have any negative impact on performance or maintenance.

To respond to this challenge, CEB invested in appropriate technologies and is practicing fuel-saving and emission reduction strategies.

The airline’s three major pillars on its sustainable journey are fleet modernization which aims, among others, having an all-Neo fleet by 2027; resource optimization, which includes pushing for fuel efficiency best practices; and utilizing SAF by launching green routes by 2025 and using SAF for its entire network by 2030.