GMA Regional TV—the regional arm of GMA Network—brings to Iloilo the stars of current and upcoming Kapuso shows as well as the country’s most sought-after concert performers as part of the exciting and colorful celebration of Dinagyang Festival from January 25 to 27. 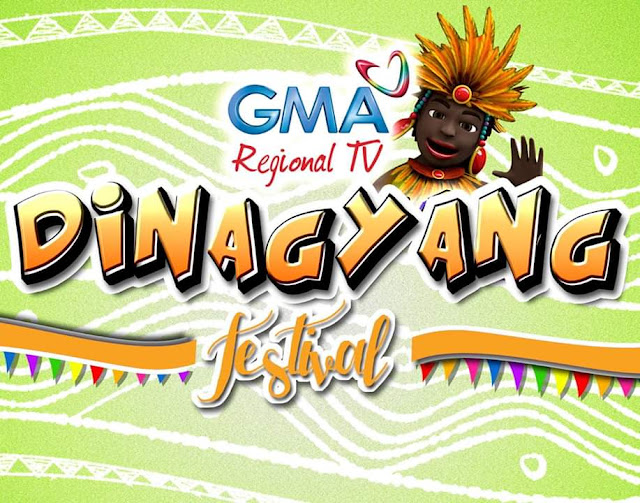 
Later in the afternoon, two of the country’s sought-after and multi-talented actors—Janine Gutierrez and Tom Rodriguez— headed over to SM City Iloilo for a Kapuso Mall Show. Janine and Tom will banner the gripping fantasy series Dragon Lady slated in March.

Joining them are the lead stars of another upcoming series Hiram na Anak—Kapuso actors Yasmien Kurdi and Dion Ignacio. In an interview with the satrs, they shared that the teleserye will air this February.

And in the evening, Asia’s Pop Sweetheart Julie Anne San Jose and Asia’s Romantic Balladeer Christian Bautista banner the Kapuso Concerts series with “The Sweetheart and the Balladeer: Fun Night Only” at the Iloilo Convention Center, Mandurriao, Iloilo City.

Together with Julie and Christian are the comedic duo of Donita Nose and Tekla and special guest, The Clash Grand Champion Golden Cañedo.

Last January 19, the stars of TODA One I Love kicked off the highly-anticipated festivities of Dinagyang Festival. The well-loved on-screen pair of Kylie Padilla and Ruru Madrid or KyRu treated their fans to a Kapuso Mall Show in Vista Mall Iloilo City together with their co-stars Jackie Rice and David Licauco. TODA One I Love is the upcoming political romantic comedy series under GMA Public Affairs.

GMA RTV Vice President and Head Oliver Amoroso says 2019 is definitely a big year for the Kapuso Network. “We prepared a lot of surprises for our Kapuso viewers this year. And for the Dinagyang Festival, we are bringing some of the Network’s biggest stars. But we are not stopping here. We are also launching the first leg of our Kapuso Concerts here in Iloilo—The Sweetheart and the Balladeer: Fun Night Only. We are excited that this quality concert will be bannered by no less than Asia’s Pop Sweetheart Julie Anne San Jose and Asia’s Romantic Balladeer Christian Bautista. We are even adding a touch of comedy courtesy of Donita Nose and Tekla. Golden’s fans in Iloilo should also watch out for our The Clash grand champion. I’m sure that our Kapusong Ilonggos will have a great experience,” he adds.

All the freshest news, events, and updates about GMA Regional TV are now available on http://www.gmanetwork.com/regionaltv. Follow GMA on Facebook and GMA Regional TV and on Twitter and Instagram via @GMARegionalTV.
Entertainment Travel & Lifestyle