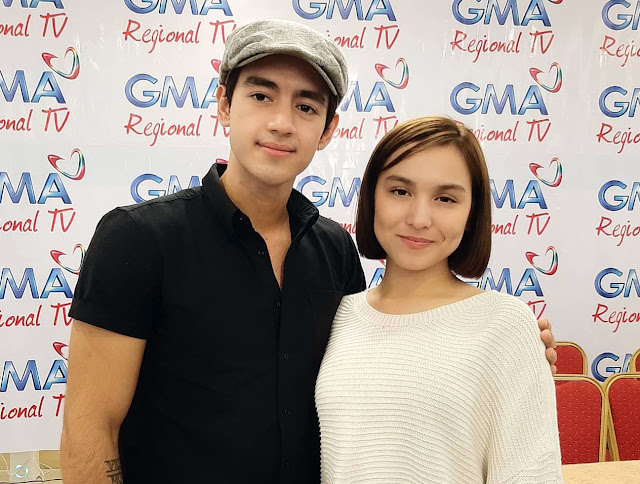 In the TV series, a new love team is born – Kyline Alcantara and newcomer Yasser Marta. Both are happy to be working together, and are also pretty much inspired because Ms. Nora Aunor is one of the lead casts in the series.

Bilangin Ang Bituin Sa Langit is the first project that the three will be working together. Nora will be playing the role of Cedes, and Kyline will be her granddaughter in the series. “Ms. Nora is such a warm person, she easily opens up to us, starting the conversation to make us feel at ease right away,” narrates Kyline.

She narrates that Ms. Nora, being the professional that she is, is quite different on and off camera. “On camera, she gets into her character instantly, playing her roles effortlessly. She is a living legend, a superstar who has won lots of awards. But off camera, you will see that she is just like any human being,” she laughs.

For Yasser, the simple fact that he will be working with Nora intimidated him, a feeling that was easily erased when he met her at the story conference. “Just what Kyline said, Ms. Nora is very open. When we met for the first time, I was totally drawn to her. We hugged each other. I became at ease right away,” Yasser said.

Yasser added that although Nora is the superstar, she has no airs about her. “She has a humble persona that you will instantly warm up to her once you converse with her. I told her is that my mom’s name is also Nora. That’s how our first conversation started,” adds Yasser.

Both Kyline and Yasser know that they will learn a lot from the superstar. “She advised me on how to treat my fans, to value them so that they will support me throughout my showbiz career. Ms. Nora stressed that not only are the fans part of our journey, but they are the reason why we will become accomplished actors and performers.

“The Noranians are solidly behind Ms. Nora. They grew old with her and that is what Ms. Nora wants for us as well,” said Kyline.