Witness the boxing showdown, which is slated to happen in Las Vegas, Nevada, via satellite on GMA at 11:00 AM while the live blow-by-blow coverage airs exclusively on the Network’s flagship AM radio station Super Radyo DZBB 594 and in all Super Radyo stations nationwide at 9:00 AM. 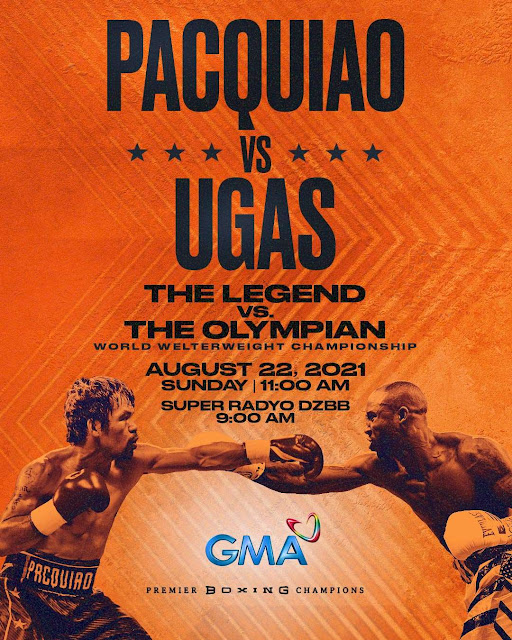 After Unified Welterweight Champion Errol Spence, Jr. was forced to withdraw from the much anticipated fight due to an eye injury, Pacquiao was presented with a new opponent, Ugas, who will move up to replace Spence and defend his title.

Ugas, 35, was initially preparing to make his first title defense against Fabian Maidana in the co-feature of the Spence-Pacquiao card, therefore making his match against the boxing legend a career-defining fight.

A replay of 'Pacquiao vs. Ugas: The Legend vs. The Olympian' will be aired on the same day at 10:30 PM on GMA.