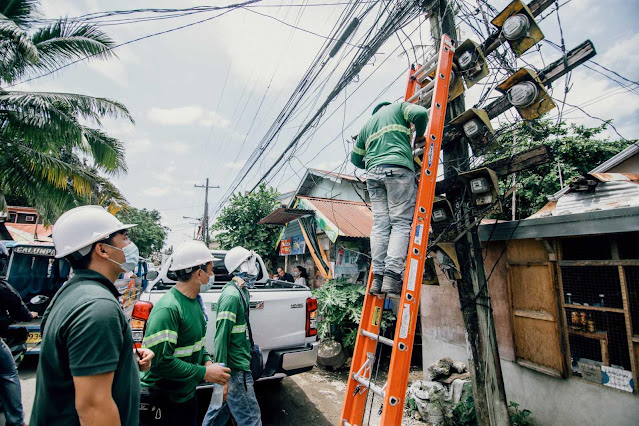 MORE Power has successfully neutralized the massive power pilferage in Iloilo City in two years since the launching of its Oplan Valeria anti-pilferage campaign last July 2020.

According to Engr. Edwin Montemayor, Head of the System Loss Reduction Program of the distribution utility, the system loss was as high as 28% when they took over in 2020, which prompted them to create Oplan Valeria.

The team of courageous apprehension teams and engineers went to every barangay day and night, not minding if they might catch influential personalities, businessmen, government officials, or even ordinary citizens.

Initially, they discovered an average of 230 illegal connections a month. To date, the number was reduced to 10–20 cases a month.

At present, the system loss declined by a mile, with an average of just 7%. This improvement is beneficial to our consumers since system loss charges will just be minimal.

According to Engr. Montemayor, vigilant consumers played a big role in the success of their campaign because residents know exactly which areas in their community have massive power pilferage and who are involved.

Each report is handled and treated as highly confidential to ensure that those who vigilantly support this campaign are also protected.

Power pilferage is a violation of Republic Act 7832 or Anti-Pilferage of Electricity and Theft of Electric Transmission Lines/Materials Act of 1994.

According to the company's legal officer, Atty. Allana Babayen-on, they filed 220 formal complaints against those who were caught in the act, 157 of which were brought to court. The rest were given provisional dismissal on the condition that they pay for the illegally consumed electricity.

Atty. Babayen-on clarified that MORE Power is very patient in dealing with and understanding the plight of these illegal consumers of electricity and that they make sure that due process is followed.

"After the apprehension, we sent the demand letter informing them nga nadakpan sila. Amo ni ang ila differential billing and that they would settle. Thankfully ang iban nagasettle man, very cooperative man sila and they recognize nga sala ang ila pagpangawat sang kuryente and they promise to pay. Well and good. But sometimes, may ara gid ya indi magsettle, or nagpromise magsettle or nag breach sang ila compromise. So in those cases, we file a complaint before the office of the city prosecutor," says Atty. Babayen-on.

MORE Power helped these consumers to have a legal electricity connection and also shortened the list of requirements.

They also strengthen their partnerships with barangay officials in the total rehabilitation of the utility's facilities and improvements of voltage capacities in exchange for their cooperation to eradicate the "jumpers" in their community.

Pilferage compromises the safety of consumers. It is the root cause of household fires because electric lines get heated due to overloading.

MORE Power appreciates the support and assistance of the consumers and continues to encourage the public to sustain their cooperation and not hesitate in informing the company if there are still power pilferages in their communities. 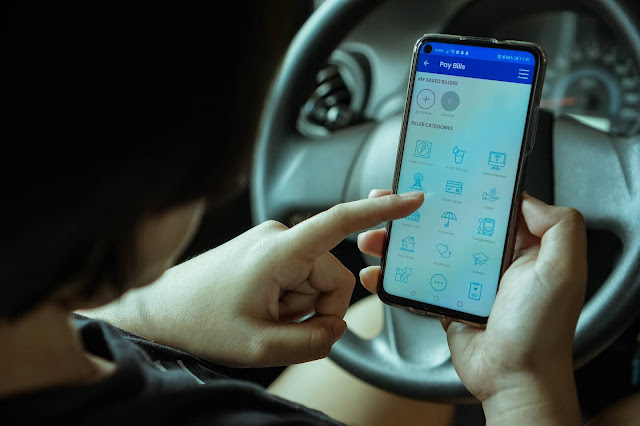 Whether you’re locked at home, or are already on the go for work and other important errands, managing your monthly bills is still one of the burdens we have to consider amid our erratic days. It may sound simple, but sometimes, the most straightforward things tend to have its complications too. Nevertheless, sometimes, all we need is a little reminder that staying on track with your monthly bills only need two things ─ evidently some funds, but most importantly, your commitment. Luckily for you, GCash, the leading e-wallet in the country, is constantly finding ways to let you conveniently pay online in just a few taps through your mobile devices. With now a pool of 600 billers to choose from ─ including utilities, credit cards, transportation, and even school tuition, paying your bills has never been easier. To enjoy this safe and seamless feature, simply log in to your GCash account, choose the “Pay Bills” option, click on the biller and proceed to payment or wait for your queue. No 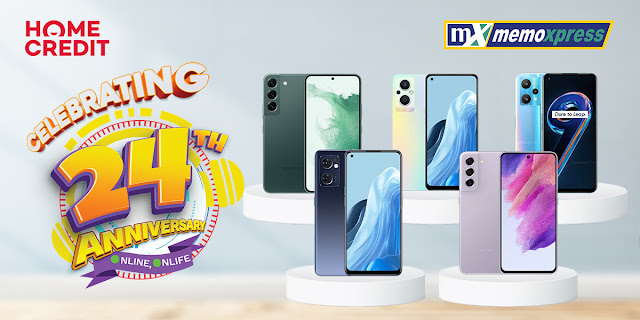 Upgrade-worthy gadgets with low-interest rates await consumers at the biggest anniversary blowout of the season   These days, owning a phone is a necessity. What used to be a tool for communication suddenly became a need for working, attending school, paying bills, and even buying groceries. Almost everything can be done with just a few taps on the device in your hand.  Alongside providing solutions for everyday needs, every smartphone brand constantly delivers new and unique experiences for its users to enjoy faster and lag-less performance, a high-quality camera, a battery life that lasts more than a day, or an expanded screen to enjoy movies and games. Home Credit Philippines (HCPH), the country’s leading buy now, pay later (BNPL) provider, and MemoXpress are here to help you get that phone upgrade quickly and easily without making a dent in your budget! MemoXpress is giving its customers a total of 727 deals and promos as it reached its 24th year. As an anniversary treat, customers

The Philippines’ largest, fully integrated telco provider PLDT Inc. announces completion of its initiatives to transform its legacy fixed wireless service called Home Ultera, into better and faster fixed wired and wireless service.    PLDT will complete the scheduled decommissioning of about 185 telecom towers by end-July 2022, that provide Time-Division Duplex Long-Term Evolution or TD-LTE coverage to Home Ultera. This means that over 3,000 subscribers of Home Ultera who are eligible for service migration, will have the option to either move to higher speed fixed fiber plans, or to a postpaid wireless service for the home at no additional cost, and for better customer experience.  Customers who will migrate to Home Fiber will also enjoy free installation and modem fees.  This migration initiative will cover 58 areas in the Philippines including Abra, Agusan del Sur, Aklan, Albay, Antique, Basilan, Bataan, Batangas, Benguet, Biliran, Bohol, Bukidnon, Bulacan, Cagayan, Camarines Norte,